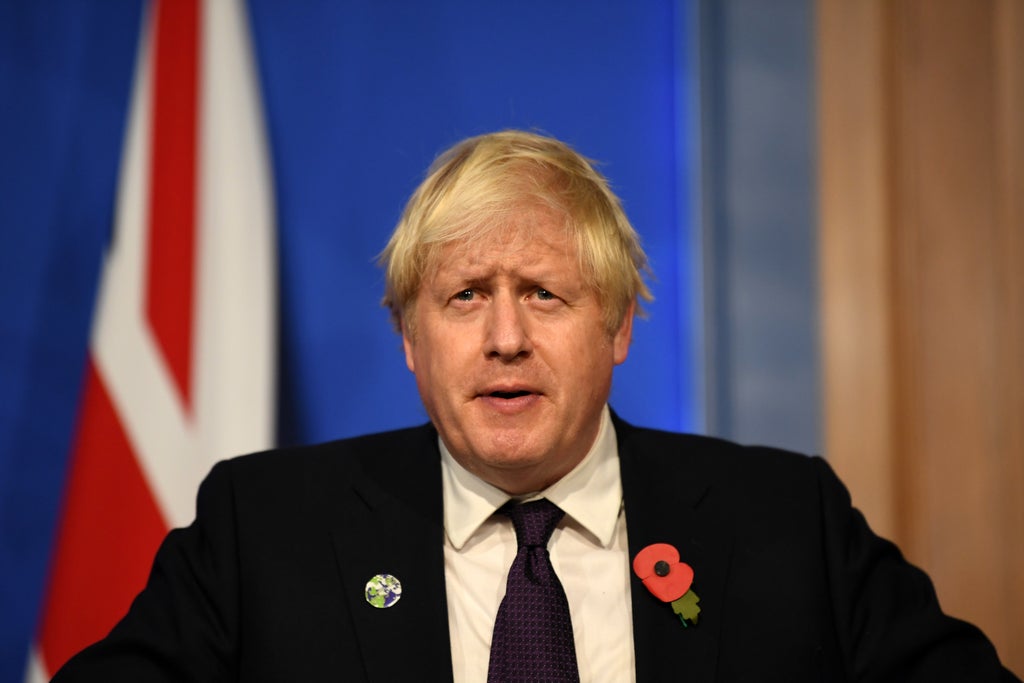 He said he had written to the Speaker of the Commons to propose that the Code of Conduct for MPs be updated.

Detailing his plans in a letter to Commons President Sir Lindsay Hoyle, the prime minister said they would ensure MPs who “neglect their duties to their constituents and prioritize external interests are properly investigated and punished by existing disciplinary authorities”.

“They would also ban MPs from exploiting their positions by acting as paid political consultants or lobbyists,” Johnson added.

He tweeted shortly after a motion, passed unanimously on Tuesday, implemented a U-turn of the Government on Owen Paterson’s line.

He revoked the so-called Leadsom amendment, which sought to establish a review of the MP standards investigation process to delay Mr Paterson’s suspension.

He also approved the report of the Committee on Standards of Commons which would suspend Mr. Paterson of Parliament for 30 days if he had continued as deputy.

He resigned as Conservative MP for North Shropshire after the Government backtracked in its attempt to delay its suspension and reform the rules process.

Attempts to silently back the control body’s report on common rules on Mr Paterson’s behavior were thwarted on Monday night as veteran Conservative Sir Christopher Chope opposed the move.

The former prime minister said it was clear that former MP Paterson had breached the lobby rules and that the MPs’ attempt “helped and instigated by the Government” to save him was “misplaced, misjudged and simply wrong”.

Ms May also suggested that ruling out the controversial proposed revision of standards that sparked the crisis was a “step in the right direction”.

But she warned that such a move “will not undo the damage” caused by the Government’s failed attempt to delay the parliamentary suspension of former Conservative Minister Paterson.

Ms May told the Commons: “Let’s be clear, this is not a party political issue. It has hurt all MPs and Parliament as a whole.”

On the report on Mr Paterson’s actions, Conservative MP May said: “I think the conclusion was clear and fair, Owen Paterson infringed the rules on paid defense and the attempt of members of this House, with the help and instigation of the Government, under the guise of reforming the process effectively to clear its name has been misplaced, misjudged and simply wrong. “

Ms May said: “It would be a mistake to think that because someone broke the rules, the rules were wrong.

“The rule on paid defense is long overdue.

“The problem came because there was an attempt to effectively fire one of those then MPs.

“That flew against the rules on paid advocacy and against the processes established by this House.”

The Maidenhead MP urged the Government to look into the recommendations on how to strengthen the rules on MPs ’standards tabled by a committee in 2018. Ms May said the broader issues about the service MPs provide to their constituents is an issue” for his electorate “.

In opening the debate on the standards, the leader of the Commons, Jacob Rees-Mogg, expressed “regret” and told MPs that an amendment to save Paterson was a “mistake.”

Mr Rees-Mogg said: “I think it was simply the tragedy that afflicted Mr (Owen) Paterson, colored and clouded our judgment, and my judgment, incorrectly and is as simple and as sad as that.”

The House leader should consider his position as the prime minister should because they needed to undermine the rules commissioner for the silly and stupid plan to work.

He added: “I regret that the amendment combined an individual case with more general concerns, that was a mistake.”

But SNP Commons leader Pete Wishart has suggested that Rees-Mogg and Prime Minister Johnson should consider their positions.

It was Ms Stone’s investigation that found Mr Paterson had breached the Commons code of conduct by putting pressure on ministers and officials at two companies who paid him more than £ 100,000 a year.

On Monday, Business Secretary Kwasi Kwarteng apologized to Ms. Stone after she publicly speculated about her future.

Wishart said: “She should not be considering her position, the House leader should consider her position as the Prime Minister should because they needed to undermine the rules commissioner for the silly and stupid plan to work for them. Of course it didn’t work. nothing”.

Conservative Sir Christopher, Christchurch MP, said he blocked the motion on Monday night as it was important for the Commons to “debate this issue openly”.

Mr. Paterson’s wife, Rose, took her own life last year, and the former deputy had suggested that this was due, in part, to the investigation against him.

Labor MP Chris Bryant, who chairs the Standards Committee, said he believes the Paterson family has “gone through hell” over the past year and said: “It’s a matter of deep sorrow to me that the parliamentary mischief of the last three weeks can only they added to that misery.

“This House has done no favors to him or his family, we should be ashamed of what happened here, but unfortunately Paterson’s was not the only catalog of misconduct.

“As I have been told by countless Conservative MPs and by the way I would just like to commend many of the new Conservative MPs who have shown much greater insight in the last three weeks than some of their older colleagues, the way the Government and Prime Minister manage this was shameful and led to the House to discredit. “