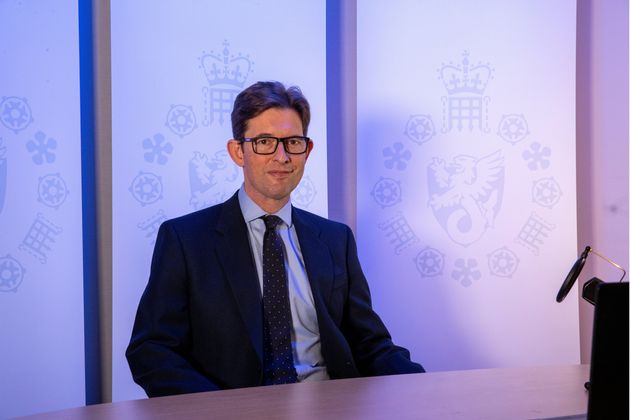 The head of the UK security service revealed that six “final stage” terrorist plots were thwarted during the coronavirus pandemic.

MI5 CEO Ken McCallum has said over the past four years that the organization has disrupted 31 attack plots in Britain.

He said the coveted crisis has not diminished the threat and added: “Even during the pandemic period, which we have all been enduring for the last two years, we have had to disrupt six attack plots in the final phase.

“So the terrorist threat to the UK, I’m sorry to say it’s a real and enduring thing.”

Asked if there will be a terrorist attack while he runs the organization, he replied: “Of course, there are likely to be terrorist attacks on British soil on my watch. We wish it weren’t so.”

McCallum said they spend their lives trying to prevent terrorist attacks, but added: “To our horror, we know this will not be possible on every occasion.”

He also said the UK is facing a “consistent global struggle” to defeat extremism, as part of an interview marking the 20th anniversary of the 9/11 attacks.

McCallum said the 20-year campaign to reduce Afghanistan’s terrorist threat was a great success but warned that overnight there could be a “psychological boost” for extremists in the UK and other countries.

“We need to be on the lookout for the rise of inspired terrorism, which has become a real trend for us over the last five to 10 years, along with the potential resurgence of Al Qaeda-style plots,” he added.

It comes after the Taliban seized power in Afghanistan in a matter of days amid the chaotic withdrawal of Western states.

During the candid interview, McCallum said there was “no doubt” that events in Afghanistan will have “excited and lively” extremists.

The MI5 CEO said terrorist threats were “part of our lives” and would remain so for some time.