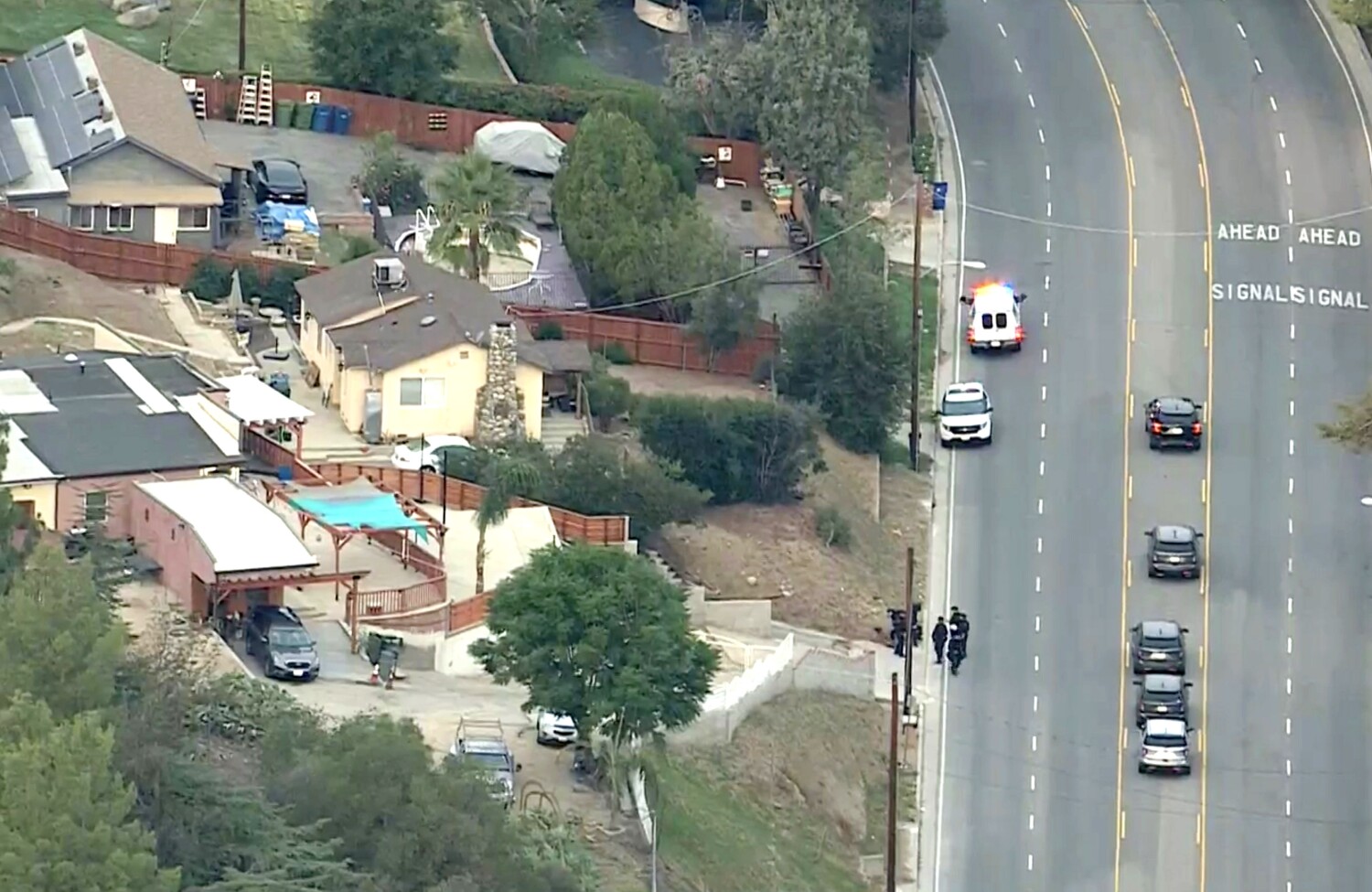 An hours-long search for an armed man in the hills around Sunland came up empty Tuesday morning, police said.

The search began around 12:42 a.m. when SWAT units responded to calls of a barricaded man with a gun in the 10300 block of Sunland Boulevard, according to Los Angeles Police Officer Drake Madison. Several patrol cars and K-9 units were sent to the scene as well.

The man, described as in his 30s or 40s, may be responsible for eight residential and commercial burglaries in the nearby Shadow Hills neighborhood and the northeast San Fernando Valley, officials said.

He was last seen near the Green Verdugo Reservoir close to the 210 Freeway on property owned by the Los Angeles Department of Water and Power before he fled and hid, authorities said.

Video obtained by ABC-TV Channel 7 showed the man on LADWP property in Shadow Hills overnight carrying what appears to be a rifle. A representative for LADWP did not immediately respond to requests for comment.

Officials said there is a possibility the man is experiencing homelessness.

The California Highway Patrol closed the east and westbound Sunland Boulevard offramps from the 210 Freeway to limit traffic from entering the area.

By 8 a.m., police had called off the search, saying the man was not in the “area of containment.”

“The suspect wasn’t located, and the search was ended,” Madison said. “If we have somebody inside a perimeter, we check that perimeter — otherwise we get him another day.”

That may be of little comfort to nearby residents, who earlier were warned to remain on alert with their doors and windows locked.

Anyone with information is asked to contact the police.