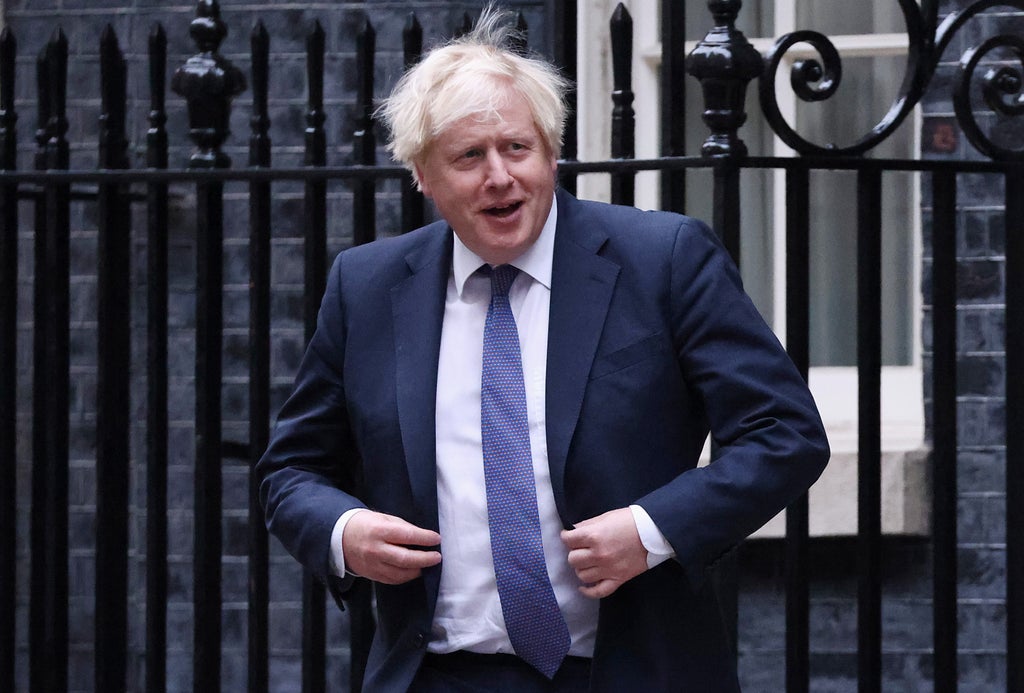 Boris Johnson has been accused of a “kneejerk” attempt to rewrite MPs’ standards rules, after he rushed out plans to ban consultancy work in a bid to stave off more negative headlines on sleaze.

The prime minister caved in to pressure to take action on MPs’ second jobs on the eve of a potentially embarrassing Commons vote on Wednesday on Labour demands for an end to MPs taking paid work as political consultants and lobbyists.

In an apparent attempt to neutralise the Labour assault after a fortnight of revelations about Tory second jobs, Mr Johnson announced he was backing the move, but would go further by also blocking MPs from posts which take up so much time that they stop them carrying out their parliamentary and constituency duties. The latter measure was apparently prompted by publicity surrounding Sir Geoffrey Cox hundreds of hours’ work a year as a commercial barrister.

The moves were key recommendations of a 2018 report by the Committee on Standards in Public Life (CSPL), and  anti-corruption campaigners said it was “extraordinary” that the PM should be acting on it now after ignoring it for the past three years – and just weeks before a separate review of the Westminster code of conduct is due to be published by the Commons Standards Committee.

And Labour accused Mr Johnson of “dirty tricks”, claiming that an amendment to its motion tabled by the PM would “water down” reforms by making the vote non-binding and failing to be specific about the changes he would implement.

It came after Tory poll ratings plunged following Mr Johnson’s botched attempt to protect MP Owen Paterson from punishment for sleaze, and on the eve of Wednesday’s televised grilling of the PM on standards and ethics by senior parliamentarians on the Commons Liaison Committee.

Backbench Tories warned of a rebellion by some of Mr Johnson’s most senior MPs, who stand to lose tens of thousands of pounds a year from lucrative advisory work.

But some of those with the highest outside earnings told The Independent that they did not believe the PM’s crackdown would force them to give up their second jobs, which rely not on their positions as MPs but expertise gained outside politics.

“My constituents always come first and the advisory work I do is based on my commercial experience outside of the House of Commons,” said former minister Andrew Mitchell, who lists earnings totalling £182,000 in the register of members’ interests. “It results from my career both in the City as a strategy advisor and in the insurance industry.”

Mr Johnson’s plans were set out in a letter to the Speaker of the Commons, Sir Lindsay Hoyle, released just as Sir Keir Starmer was kicking off a press conference in which he challenged the PM to back Labour’s proposals.

The PM said it was “a matter of regret” that the CSPL recommendations had not yet been implemented and said he would like to see them adopted by the Commons “as a matter of urgency”.

But Standards Committee chair Chris Bryant said Downing Street were “flapping around like headless chickens” rather than waiting for the results of the year-long inquiry by his panel of MPs and lay members, to which the PM had refused to give evidence.

“These are not simple issues, which is why I think it’s really important that you don’t have government ministers in sudden kneejerk reaction to a crisis legislating in a way which we might end up regretting,” he said.

When Commons leader Jacob Rees-Mogg gave evidence to the inquiry in April, he was “pushing in quite a different direction” from the prime minister’s current proposals, said Mr Bryant.

Susan Hawley, executive director at Spotlight on Corruption, told The Independent: “The government should be looking to implement the full recommendations made by the Committee on Standards in Public Life in 2018, some of which were highlighted as urgent by the committee – including bringing the register of MPs’ interests into the digital age and making it fully accessible.

“It is frankly extraordinary that the advice of this independent, taxpayer-funded body which provides expert advice based on full public consultations is being so routinely ignored.”

Sir Keir said Mr Johnson’s conversion to tighter rules on second jobs was “a significant victory” for Labour, but said he would press ahead with Wednesday’s vote in order to ensure the commitment is confirmed in parliament. He said any attempt by Mr Johnson to dodge the debate would “pile contempt upon contempt”.

Labour will also demand the release of papers relating to Mr Paterson’s work for PPE suppliers Randox, as well as an end to the “revolving door” of government ministers going to work for companies in sectors where they had previously legislated.

Downing Street sources indicated that Conservatives will table an amendment to Labour’s motion, which would allow Tory MPs to back the reforms without having to vote in favour of an opposition proposition.

But Labour’s shadow Commons leader Thangam Debbonaire said: “Boris Johnson has been backed into a corner and one minute accepts our motion in a letter to the Speaker, but then comes forward with an amendment that will remove the central part that guarantees that action will be taken. This is typical Tory dirty tricks.”

“There is a certain amount of disgruntlement over second jobs,” one former cabinet minister told The Independent. “I think it’s really important that parliament has people with a hinterland, not just professional politicians. I don’t think it’s unreasonable for people to have outside interests if they are not adversely affecting their parliamentary work.

“Boris will have some hard questions to answer at the meeting of the 1922 (committee of backbench Tories) on Wednesday evening.”

But veteran backbencher Michael Fabricant told The Independent that voters would take revenge on any MP who stood up against reform of the rules now.

“I doubt there will be a rebellion, but if there were it would be a small sectional interest,” he said. “Frankly, the writing has been on the wold for the last five years and anyone who resists this would be very foolish and the electorate will take their vengeance.”

But she said: “The reality is they wouldn’t begin to scratch the surface of dealing with the huge problem of Tory sleaze, cronyism and corruption that has engulfed Westminster.”