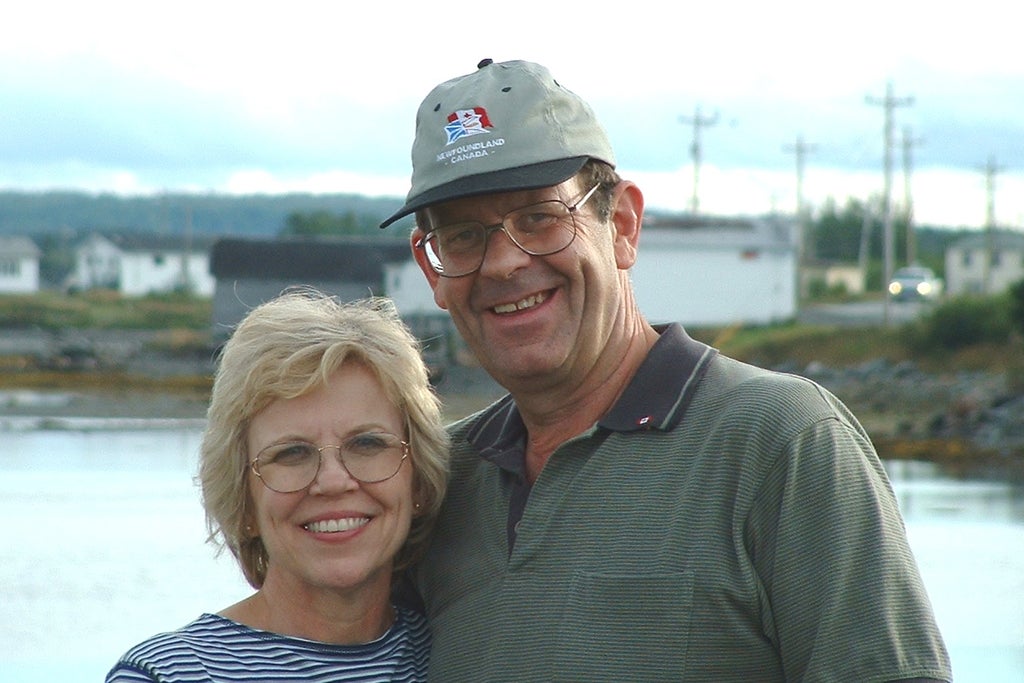 the couple who met after the Sept. 11 attacks said the kindness they showed them strangers during the tragedy made them become better people.

Nick Marson, 72, and his now-wife Diane, 80, were flying from London Gatwick to Houston, Texas, when their flight, along with dozens of others, was redirected to Canada on September 11, 2001.

The couple were two of the 7,000 people who landed in Gander, a rural Newfoundland town with a population of just 10,000, after U.S. airspace closed in response to hijacking flights.

The people of the city revolted to welcome the newcomers, whom they nicknamed “the planes,” offered them shelter, clothing, and food, and even entered their community as “honorary Newfoundlanders,” in a local tradition known as “Screech-In.” “. .

Twenty years after landing in Canada, the Marsons described how the experience changed them.

Marson told the PA news agency, “I think it made me a better person. I try to be my best self every day, be happy, make other people happy and make them laugh.

“We need a world full of newfoundland right now because there’s a lot of tension everywhere. People are shooting, it’s ridiculous.

“They need help from Newfoundland [attitude] and be nice and smile, be your best self and think of the other person. “

Mrs Marson added: “You never know what’s going on with someone else. Give them a little leeway.”

Marson, a former British product engineer, and then Mrs. Kirschke, a former fashion buyer, gathered at a city shelter and set out during her five-day stay.

They later flew back to their respective homes in the Cotswolds, Gloucestershire and Houston, Texas, before Marson proposed by phone two months later.

He moved to the United States shortly afterwards and the couple married on September 7, 2002 and had their honeymoon in Newfoundland.

Their relationship was immortalized in the musical Come From Away, an award-winning Tony and Olivier program documenting the landing of the 38 planes in Gander.

They have kept in touch with those who helped them and hope to return to the city next year for the tenth time on the occasion of their 20th wedding anniversary.

Marson said, “It looks like it’s been a few weeks or maybe a couple of years since 9/11 happened. What keeps it fresh in our minds is the spectacle.”

Ms Marson added: “It looks like it’s not been 20 years since we met. It’s happened in the blink of an eye. When we see the show it reminds us of how we met and how exciting it was.”

Despite the couple’s joy at finding love in an unlikely place, they refused to talk about their story with people outside their circle for several years due to the survivor’s guilt.

Marson said, “We thought,‘ Why should such a wonderful thing happen to us when nearly 3,000 families have suffered a death in their family? “For a long time, we weren’t so comfortable with that idea and we wouldn’t talk about it … not even now, [the tragedy] it is still very raw.

“It was until Tom Brokaw’s documentary on Operation Yellow Ribbon in 2009 that we decided to talk about it as a tribute to the people of Newfoundland.”

Summarizing her plans for the future, Ms Marson added: “We try to make the most of every day because, in reality, none of us know how much time we have on this earth. We can all do something wonderful every day.”